What is I & I? Inflow and Infiltration. This is when cracked, deteriorating damaged sewer pipes take in rain water. During heavy rain events, large quantities of rainwater infiltrate through the ground and into cracks in the sewer pipes. So much so that the downstream pumping stations become overwhelmed creating the potential for back-ups onto private properties. In some cases,the micro biology treatment process at the Waste Water Treatment Plant can being interrupted.

Current focus will include sections of Elgin Road, areas in Wesmond and Fisher Avenue. 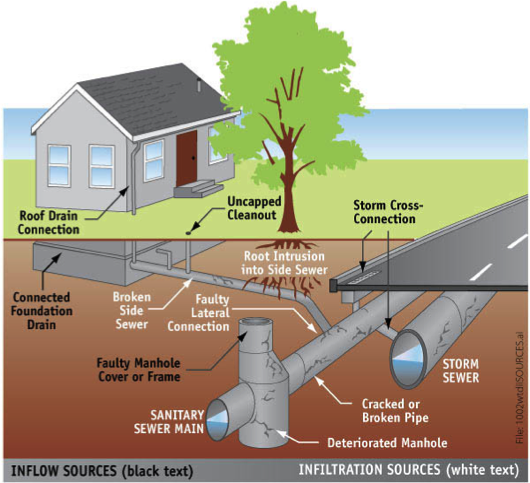 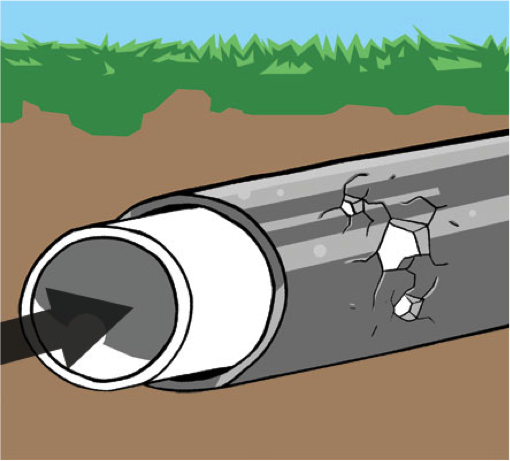 Repair of these sewer mains by far  is the largest Town project ever embarked upon. The Town utilized the most economical and least invasive technique, which is relining. Relining is a process in which an epoxy coated liner is pulled through the main and  inflated and cured in place with steam creating a PVC like pipe inside the existing pipe.

Through televising the mains, it was discovered that a portion of the sewer lateral that extends from the house was deteriorating also. To repair this, a clean-out was installed and a liner was pulled between the clean-out and main.

In addition to the lining, leaky manholes are being repaired by grouting and installing a concrete liner where appropriate.

It is estimated that these fixes will prevent several million gallons of water from entering our sewage system each year, and it extends the life of the sewer main for at least 50 years.